PARENTING is personal, and everyone has different styles.

But one mum has been embroiled in an argument after her “controversial” parenting style was revealed, with trolls even saying she “doesn’t deserve” to have children.

Zoe Wallace was criticised on TikTok for her parenting style[/caption]

Zoe Wallace, 26, from Wigan revealed that she lets her sons, Dominic, four, and Parker, one, have unlimited screen time.

She also says she doesn’t set a bedtime for them either.

The mum of two and her partner, Dave, 40, believe that this is the right thing to do when raising their children and shared this news on TikTok.

Zoe said: “I don’t have a set bedtime or bedtime routine for my children. 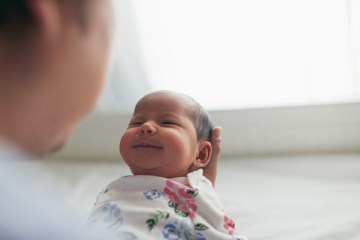 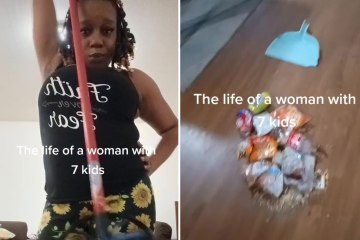 “I’ve never ‘laid down the law’ in this aspect with them.

“I’ve always followed their flow and let them decide when they are tired and ready for bed.”

Zoe says that some nights the kids can get tired by 6.30pm and other nights it’s a “little later.”

She explained that this has now caused “backlash” for her, as people “assume” her children are “up all night and ruling the roost and apparently not enforcing a strict routine isn’t good for them.”

But Zoe insists it works “so much better” for them as they have never had problems when it comes to bedtime.

She said her children are asleep by an early hour most evenings.

Zoe adds: “It avoids any tears at bedtime.”

And it’s not just their bedtime rules causing a stir.

Many parents don’t agree with how long Zoe’s child gets on their electronics.

She said: “We allow our children to have unlimited screen time.

She says that screen time has been “so beneficial” for their son and claims that his talking and reading has come on much more because of what they learn from the tablets and YouTube.

However, other parents are in uproar about the rule making as Zoe claims people have told her she “doesn’t deserve” to have kids.

She added: “All that matters is that I make more mums feel normal and less ashamed.

“With parenting, there’s a lot of stigma around different techniques and mums are mostly shamed online.”